Pictures from Racing and Biking in Bend, May 2006 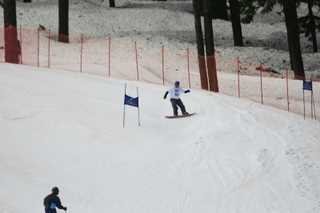 The treacherous start of the cross country ski leg. I made it without falling! 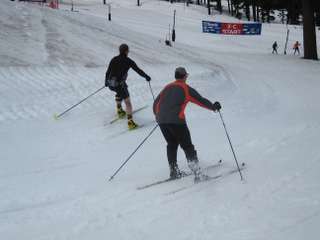 Working hard, and the end of the stage. 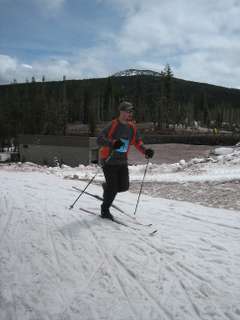 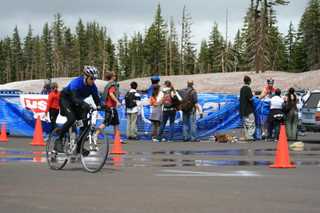 June and I, working hard to keep going in a straight line! 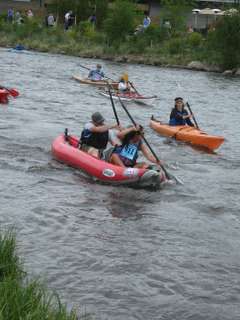 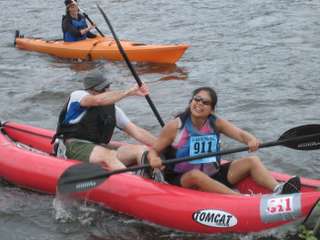 June, finishing up with a strong spring. 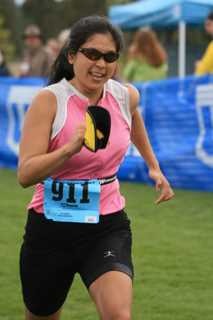 The team (and mascots), after the race and a beer! 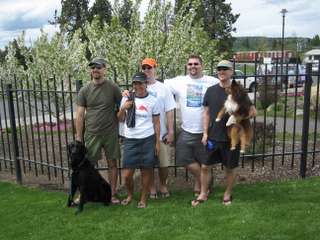 The next day, Paul, Allison, Bill, Kelli and I took a ride on the Deschutes river trail. Here are the guys getting ready... 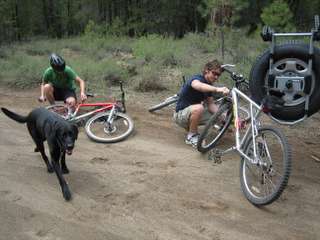 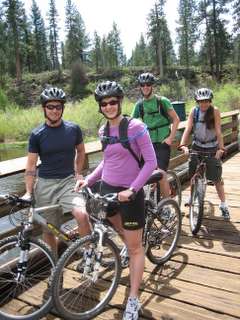 Beautiful trail along the river. 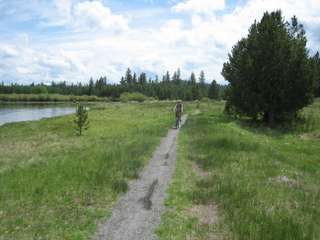 King of the trail! 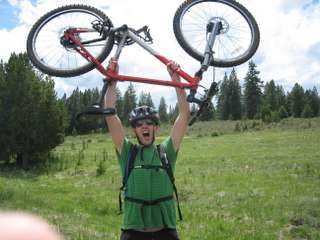 Thanks to some strangers cleaning up trash along the trail... 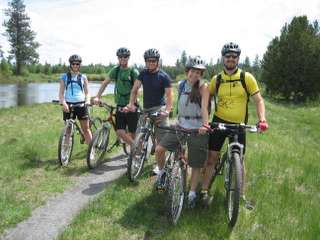 The couples, with Bill's imaginary girlfriend. 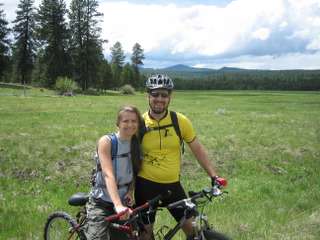 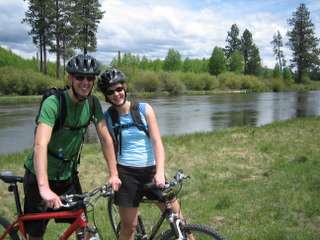 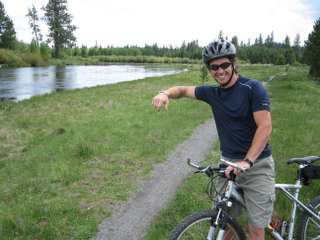 You take the high road, and I'll take the low road... 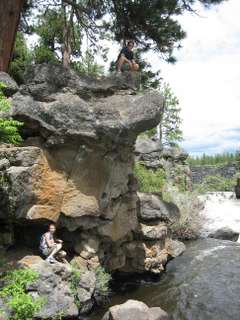 Taking a break along one of the falls in the river. 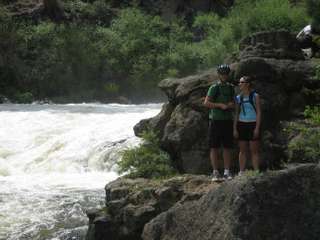 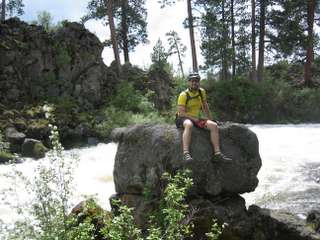 On the way back, Kelli and I took the back road (through McKenzie pass). Here are Kelli and Duke, enjoying the scenery of the Three Sisters. Note, Kelli only has about 8 inches on Duke! 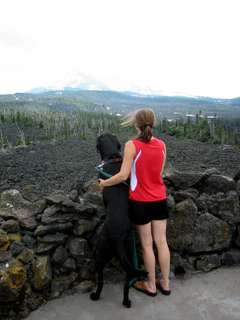 And I have about 8 inches on Kelli ;) 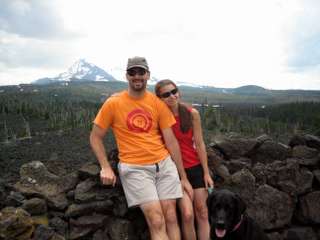 We took a short hike on the McKenzie River trail, and found this pretty flower. 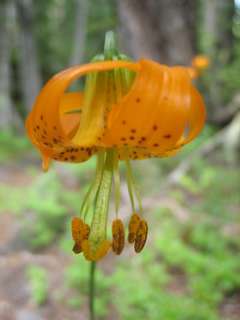 A rainbow! Below another waterfall on the McKenzie River. 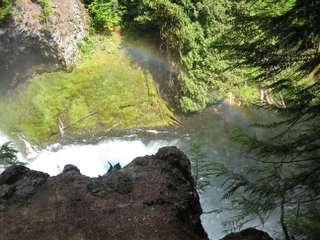