Ian, Paul, and I signed up for an adventure race, Ole's Astoria Assault in the start of September. The only bad part... we had to get up EARLY to drive there. Here's Paul still half asleep... 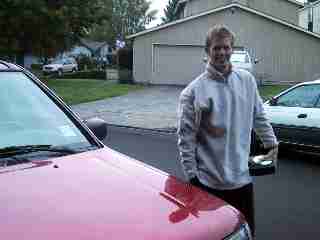 After a small incident with a friendly police officer in Astoria, we made it to the farm that was the starting area. It turned out to be a really nice day. 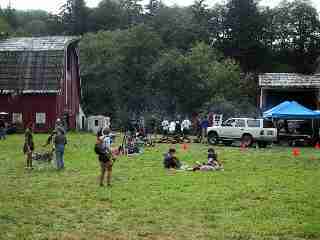 At the start, they gave us cups and directed us to a stream to fill them and run back. Here I am almost there... 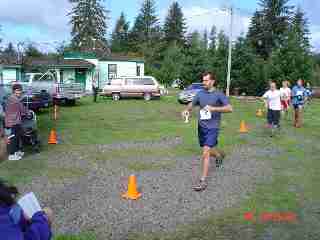 After that, it was off into the woods. We ran up and down roads, carried logs, and crashed through the forest for a long time, over and under trees. Then we came to the lake. Here I am trying to pass someone on the way in... it was only marginally sucessful. 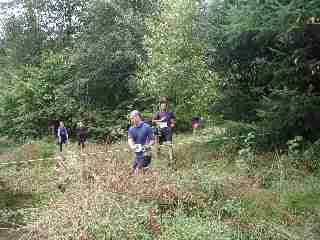 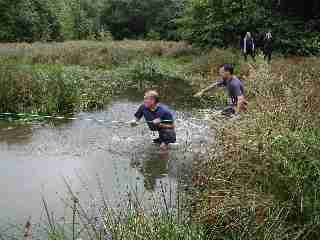 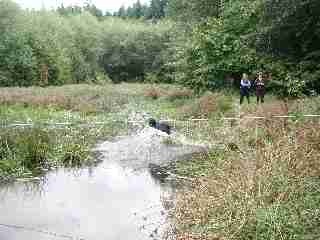 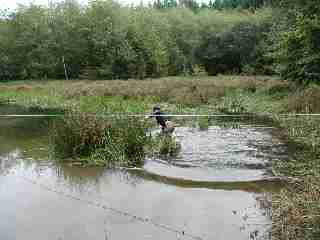 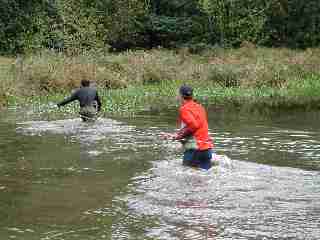 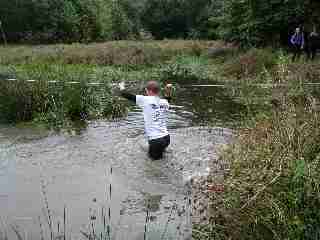 More woods, streams, walls, and other obsticles came and went, and finally, the finish shots!
I took 3rd!, Ian was 16th, and Paul was 20th out of >60 competitors. Way to go guys! Also, somehow our team took first in the Military division. Go figure. 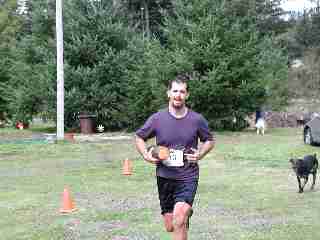 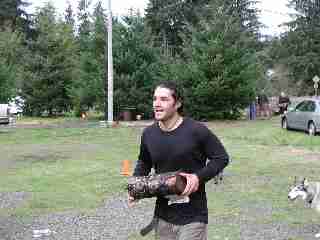 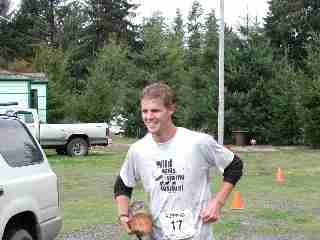 The aftermath... my dirty, bloody shoes. They have since been retired for a pair that doesn't rip up my ankles. 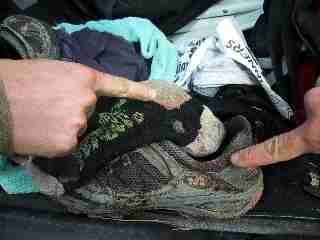 Feeling pretty good after cleaning up. 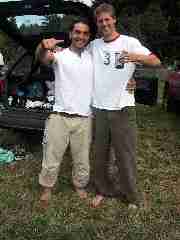 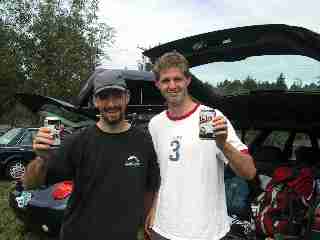 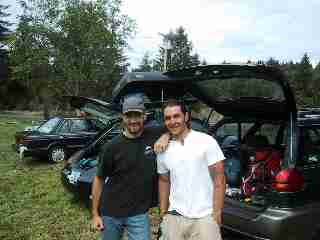 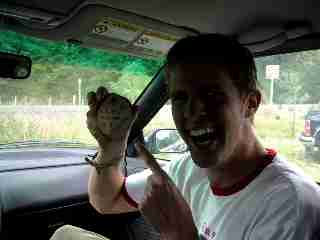 Next it was the Rumble at the Ranch in early October. Ian and I did the off-road dualthon (5 mile trail run and 10 mile mountain bike), while Paul (who is still without a bike... come on Paul!!) did the 5 mile trail run. I got 14th and Ian took 25th (with a flat tire), out of 30 in the duathlon. Paul took 51st out of 120 in the run.
All these pictures are just thumbnails. Full-sized pictures can be bought (you know you want them!) here.
Here I am on the run, doing the infamous chicken dance! 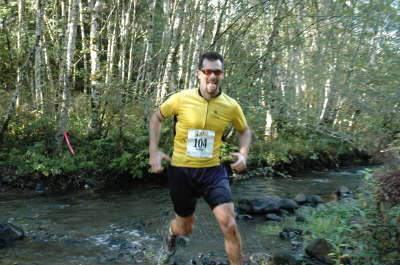 Ian, looking a little tentative in the water... 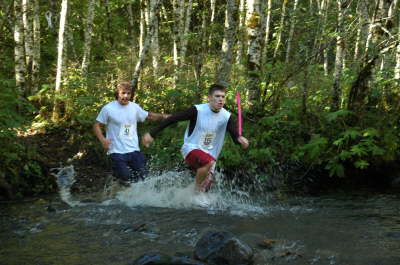 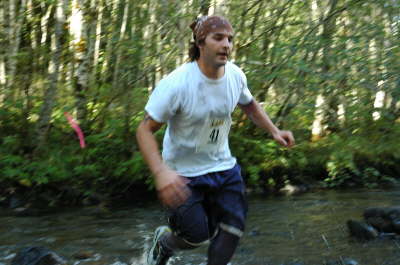 but, making it up on the bike. 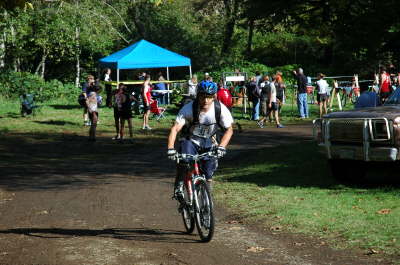 Here I am, getting myself and my bike up out of "The Pit". Steep, slimy, muddy banks leading down to a beautiful waist-deep stream. 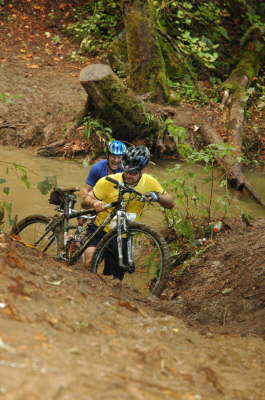 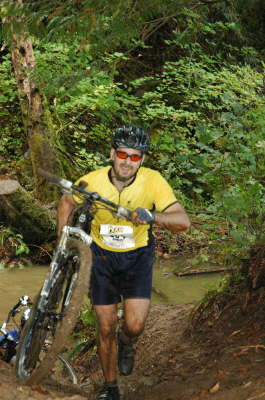 Paul, right before he lost his left pinky to the golden retriever. 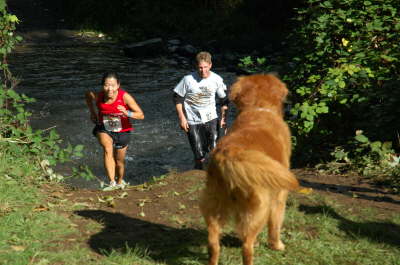