A bunch of us headed to Smith for some climbing and camping over Memorial day weekend. Here's part of the crew hanging out Saturday morning.
Paul, Keri, Heather (Keri's friend from San Diego), and Erin. 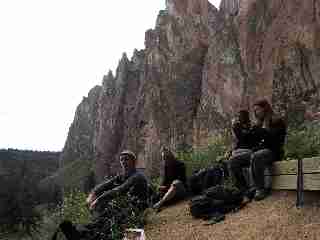 Ian, stylin' in his signature beanie.

Keri, headed up Revelations. With the cheetah hat, she climbs fast! 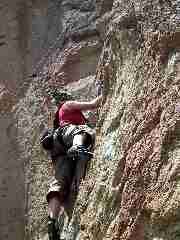 Looking for some feet... 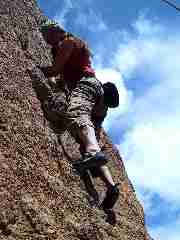 Ian and Erin, hanging out by BBQ. 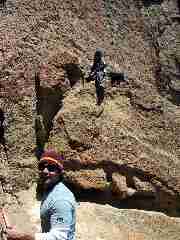 Erin, warming up by sending Barbecue the Pope 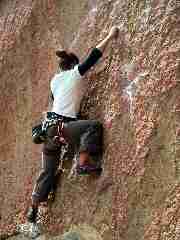 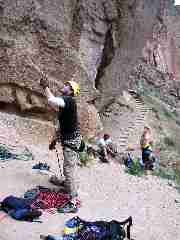 Me, jamming on my first crack climb, New Testament. 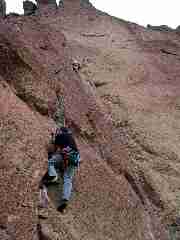 More than one way to skin the cat. When the hands start hurting, layback. 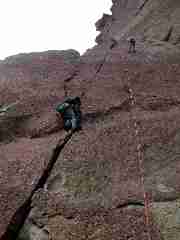 Keri, Snoopy, and Heather. It got cold in the afternoon! 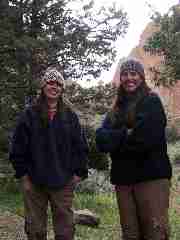 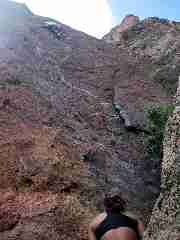 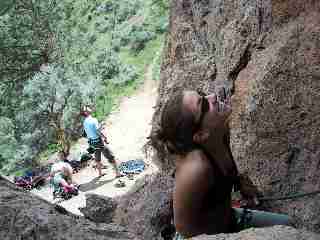 "Have you seen Erin? She said something about wanting to climb." 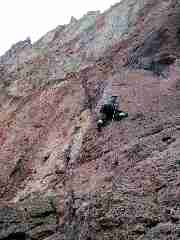 Jason and Ian at the base. 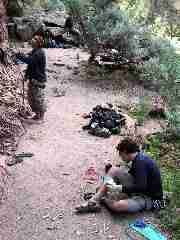 Me, stretching on the same climb, with the sun shining! 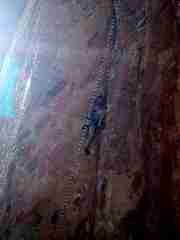 Smith is a popular spot on Memorial Day. It was an awesome weekend! 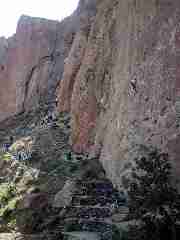 One last picture thanks to Keri... I caught this rope, but no one stepped up to buy me a six-pack! What's up with that?!? 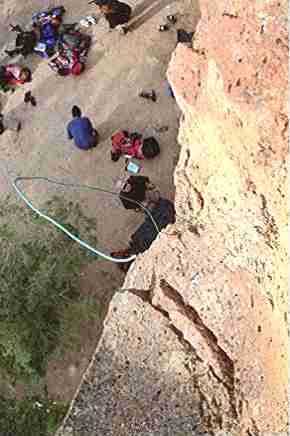