Pictures from our trip to Thailand, December 2003

In December 2003, June and Carl went to get married in Thailand. Of course, several of us jumped at the chance to go along!
We first flew up to Chiang Mai in northern Thailand. Thanks to June's extended family, we were met at the airport, escorted around by "The General", and treated to sights we otherwise wouldn't have seen.
One of these was a traditional northern Thai dinner and show of curtural dancing. Here are Heather and Carl with one of the dancers on the way to the stage. 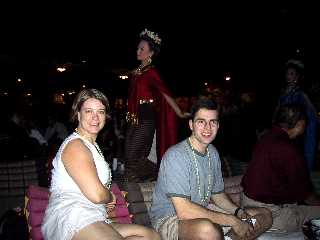 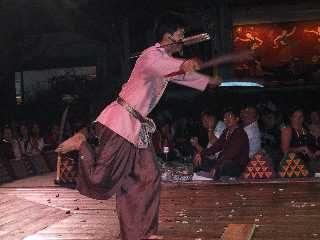 Carl, dancing with one of the performers 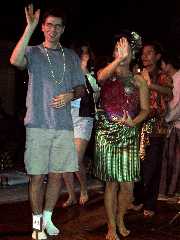 We also went on a two day trek to see the Hilltribes in the north. Here we are in one of the villages with our guide, Del. 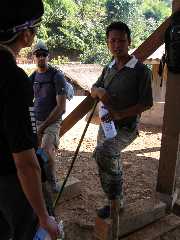 Some villagers shucking their rice in the traditional way. Note the modern clothing! 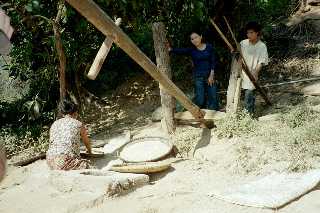 Three generations. The grandmother is weaving souvenirs for the tourists. All their buildings were made of wood and bamboo. 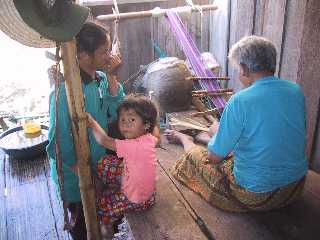 Here's a coffee plant. The government prefers they grow this over Opium. 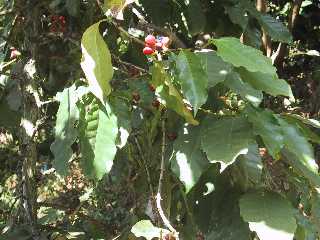 The trek was quite a hike. Here we're looking back at the first village we went through 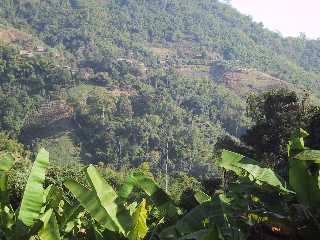 We spent the night in an outpost overlooking the valley. Beautiful! 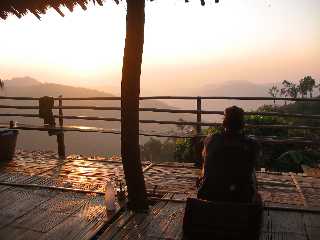 A local dog that followed us the whole second day. We named him Paco. 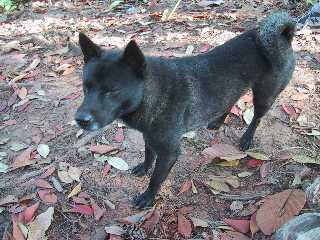 All of us at a waterfall the second day.
(L to R): Del, Kari, Joe, Carl, June, Ross, Adam, Heather, Stephane 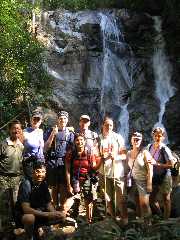 More sights from Chiang Mai.
This is the inside of a Wat (Bhuddist Temple). These were scattered everywhere! 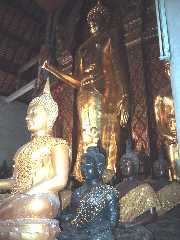 A Chedi. There were 4 golden Bhuddas at the top, all ~20ft tall! 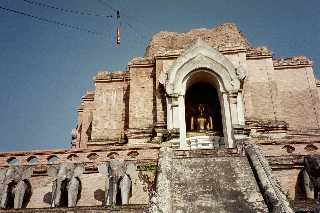 A schoolyard in recess. 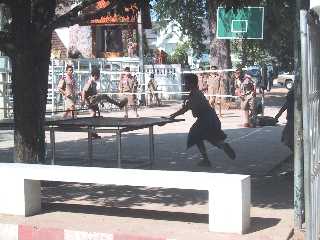 The best way to get around the city... a Tuk tuk. These were everywhere, and could get through traffic easier than anything else 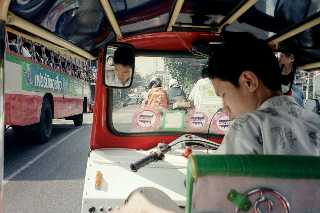 We spent a brief time in Bankok. I wandered around the city and found a local market. Here are snakes, eels, and catfish you could buy fresh for dinner! 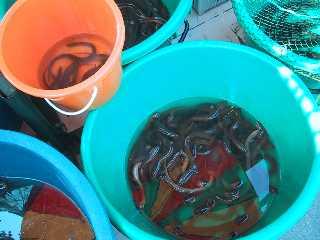 The Royal Palace was amazing. Everything was guilded. 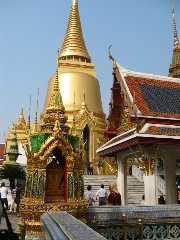 And, there were statues scattered everywhere. I'm not sure what this is... 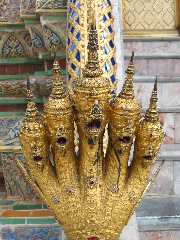 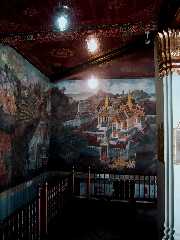 The river through Bankok, with one of the common longtails. 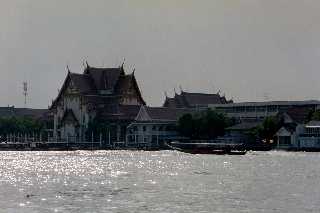 A immense reclining Buddah. Note the tiny people in the background. 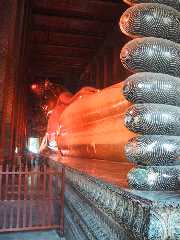 More Buddah statues. They were everywhere! 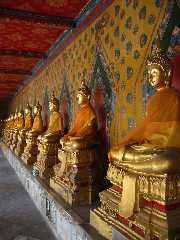 This is on the way to Phuket in southern Thailand
(L to R) Jana, Kari, Melissa, Jeff, Devra 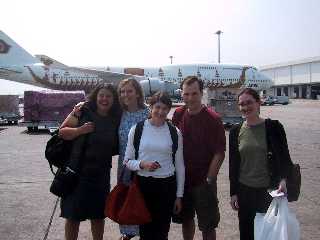 The beach in front of our hotel. Paradise! 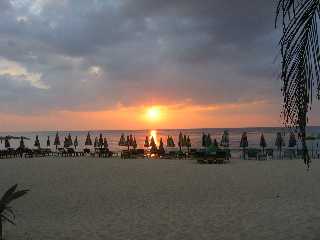 As you laid on the beach during the day, vendors would walk by selling everything. Here's the corn man, carrying a grill down the beach! 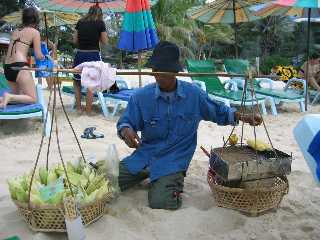 We took a trip up through the limestone islands in southern Thailand. 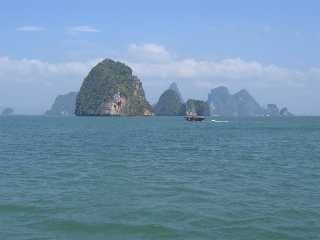 The food was incredible! Here we are at one of our dinners... 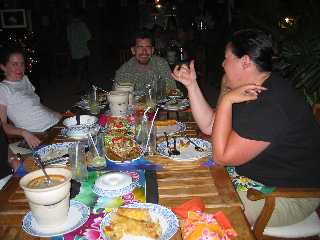 Kari, enjoying her white bread on the way home. 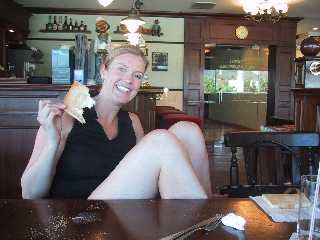 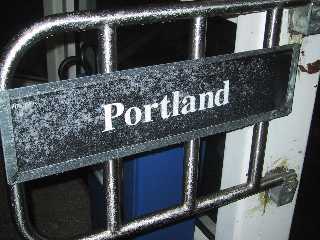